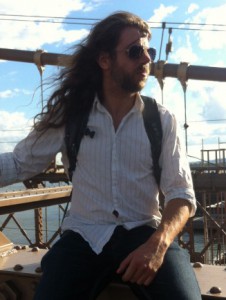 Speed up .Net and SQL performance with Bart Read

Reserve your Place at Meetup

Bart talks about the techniques used to identify, troubleshoot, and fix performance problems in web apps across the whole stack, and illustrate these with a number of real world examples.

Bart works from his home near Cambridge in the UK as an independent consultant, entrepreneur and tech writer. He also contributes to the open source Node Tools for Visual Studio project hosted on CodePlex.

My expertise is in .NET, web, and mobile, and I’m always looking for new technologies to learn, use, and write about. As a result you’ll often find me at local developer community events.

Previously he worked at Red Gate Software for nearly 10 years – a company making tools for developers and DBAs. Over that time he was a developer, project manager, and product manager, but he also helped out with technical recruitment, and even ran the IT department for a while. He’s worked on some great products for .NET developers over the years:Nomad for Visual Studio, .NET Reflector, ANTS Performance Profiler, ANTS Memory Profiler, along with many of Red Gate’s SQL tools.

Thanks to Red Gate Software we have a number of prizes to give away on Thursday including:

Hope to see you there!