Our next meetup on 28th January 2016 will mark Derbyshire Dot Net’s first anniversary. It doesn’t seem that long ago that we had our first meetup at Chevin Fleet Solutions‘ offices with Penny Coventry MVP, and Paul Nicklin of inniAccounts.

In the last year we have grown significantly,  we have had some great talks by industry experts, and have acquired a number of sponsorships for prize giveaways. The biggest prize giveaway so far was the NDC Conference Tickets (£1200) won by Andy Stannard. Steve will be at the conference representing user groups, and Derbyshire Dot Net in particular. So, if any of you are going along this week, feel free to pop along and say hello.

Our first year anniversary also coincides with a change in venue. Up until now the venue was kindly donated by Xpertise Recruitment. They have recently moved to new premises and as such the old venue is no longer a viable option. The new venue will be the “Institute for Innovation in Sustainable Engineering” which will be provided to us by Rolls-Royce and the University of Derby. 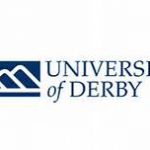 The next meetup will feature a talk on the Scaled Agile Framework (SAFe) by Nick McKenna. Please sign up at our meetup site for SAFe Planning in Action at 6:30PM, 28th January .